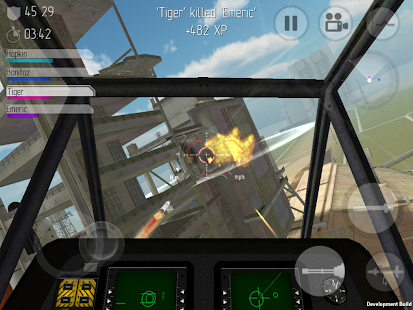 Description
Engaging in a dogfight against an attack helicopter sounds easy to you? Try to control one of those combat choppers and you’ll totally change your mind!
In realistic Combat helicopter assault operation simulator (C.H.A.O.S) you will step into pilot’s shoes and experience fierce air combats while flying one of the most hardcore choppers in the world.
A secret organization named C.H.A.O.S has been established by the dictators who lost their power and now they aim at world domination. As a brave pilot, you’ll be hired to prevent them from expanding their influence to other countries. You’re about to take this challenge and save the world from terror!
Google play